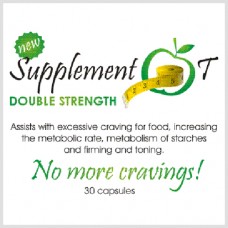 •    Supplement T  is a new, uniquely powerful product
•    It has been tested at the Eden Life Clinic yielding astounding results.

A brief introduction to Supplement T
(a)  Mechanism of Action

•    To understand the mechanism of action of Supplement T  one needs to understand the Endocanabinoid system
•    This is the system in the brain which controls the body’s food intake and energy saving mechanisms.

This effect is increased exponentially when these ingredients are combined with other GABA (A) receptor agonists as well beta 3 adrenergic receptor agonist (also an appetite suppressing receptor)
By stimulating the release of Dopamine (via GABA), we are allowing the body’s own natural appetite suppressing mechanisms to start to work.
By stimulating the release of Noradrenaline (via GABA), we are releasing one of the most powerful metabolic stimulants known to man – and it’s your body’s own metabolic stimulant.
Noradrenaline determines your bodies Basal Metabolic Rate.

•    Adipose tissue plays an important part in the body’s energy balance regulatory System
It was once believed that adipocytes were permanent, during weight loss you simply caused fat cells to shrink in size.
•    Today we know that fat is balanced by the process of cell deletion called Apoptosis  of Adipocytes.

•    It causes fat cells to just disappear into thin air!

But that is not all!!

In addition to adipocyte apoptosis Supplement T  also reduces fat storage.
Let’s take a closer look at how this happens:

Supplement T contains ingredients ensure that serotonin is released back into the space between the nerves. This results in a higher level of serotonin action on the membranes of nerve cells that is in turn associated with craving control.

How to take Supplement T
Take one capsule in the morning to assist with excessive craving for food, fat burning increasing the metabolic rate, metabolism of starches and firming and toning.